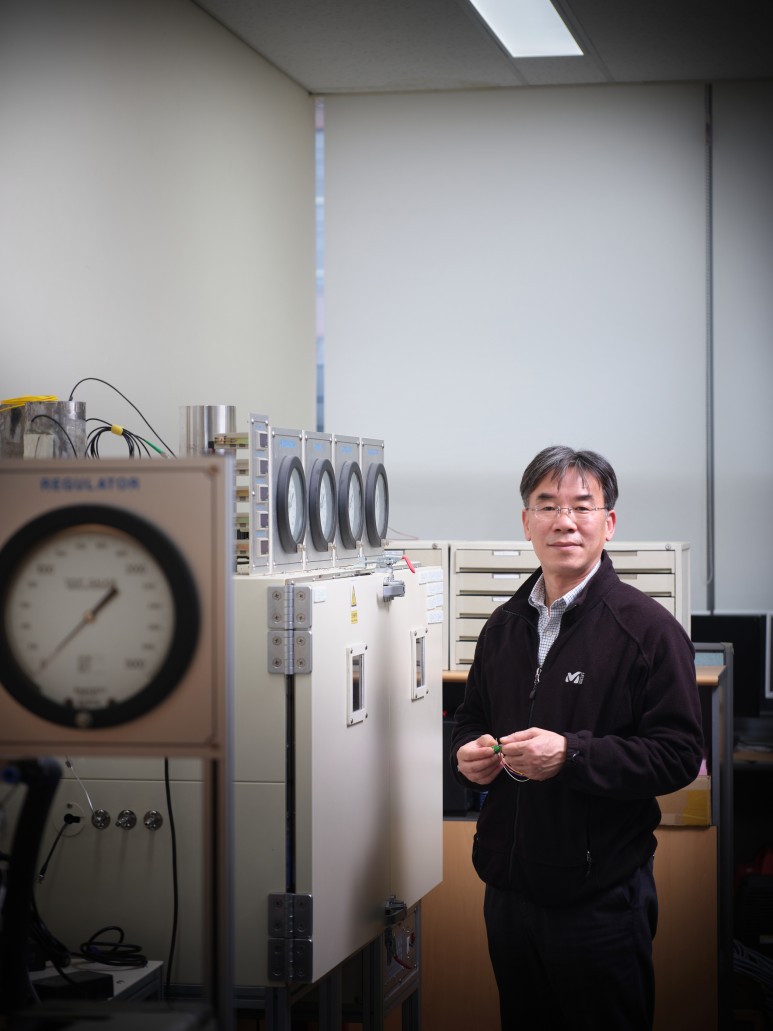 Since the Paris Agreement on climate change in 2015, most countries have adopted CCS technologies (CO₂ Capture and Storage) as the major(or key) R&D technology for reducing greenhouse gas emissions. The CO₂ geological storage technology is the last stage of CCS technology, which injects and sequestrate captured CO2 from major emission sources such as power plants and steel mills into the earth’s subsurface geological formations to prevent it from reemitting back to the atmosphere.

According to Dr. Park, the project leader, there are 43 large-scale ongoing CCS projects worldwide as of 2018, and 23 of them are in operation or in the construction stage. In some cases of large-scale storage, offshore storage projects are being actively promoted. Norway and Australia are already operating the world's largest offshore CCS projects, and the United States and Japan are also preparing for offshore geological storage projects.

In 2020, the Korean government announced the Korean version of the New Deal Comprehensive Plan and declared the goal of ‘2050 Carbon Neutrality’. The Korean government’s is urging the related R&D communities to establish a foundation for integrated demonstration and commercialization of CCS technologies.

​As the leading government-funded geoscience R&D organization, KIGAM started a project to secure storage for more than 100 million tons of CO₂ in total, and the research team of KIGAM is collaborating with other participating organizations to conduct research to secure large-scale storage in both the Gunsan Basin area in the West Sea and the Ulleung Basin in the East Sea.

​At the national level, the government aims to reduce carbon dioxide by more than 4 million tons per year starting from 2030 through integrated demonstration of 1 Mton/year-scale geological storage project and/or commercial-scale of 3 Mtons/year projects. The ongoing process of securing a site for CO₂ geological storage is a prerequisite for achieving the above goal. 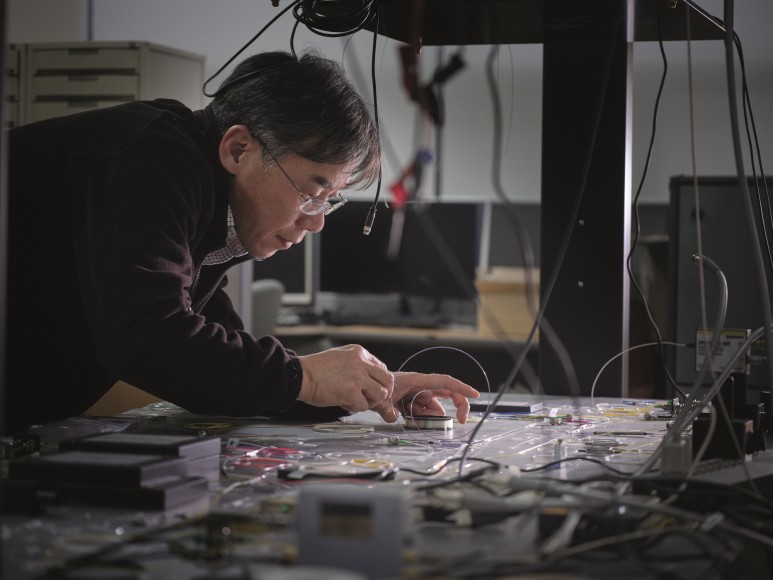 In CO₂ geological storage project, finding suitable sites is most critical prerequisite. During operation period, CO2 injection should be carefully designed and controlled for efficiency and safety. In addition, throughout injection and post injection period, the distribution and migration of CO2 plume should continuously monitored and analyed to provide the confirmation, the assurance, and the safety of geological storage of CO2.

CO₂ geological storage technology starts with a site screening process to find a suitable candidate storage sites. The next stage is site characterization and selection that determine whether the candidate site is suitable as an actual storage. Operation stage is next, which includes the construction of ground facility and an injection well and real CO2 injection into the subsurface formation till the target amount of CO₂ injection is completed. The final stage is post-injection and closing stage to close and manage the storage site. During these processes, each stage is carefully monitored to identify whether the migration and distribution of injected CO₂ are proper, and also to detect any potential risks that may arise during the injection process.

“Once the system is installed, Fiber optic sensors can be used semi-permanently, and thus it is very useful for continuous monitoring of certain physical phenomena or their changes for a long time. In the field of CO₂ geological storage, it can be applied to 4D seismic monitoring to evaluate the distribution/migration of CO₂ plume. In addition, it can be applied to microseismic monitoring in order to secure the safety of CO2 geological stroage. Pressure build-up by injection and migration of pressurized CO₂ may cause falult reactivation and/or micro fracturing of the reservoir and/or the caprock formation. Monitoring the seismic/microseismic events due to the fault reactivation and micro fracturing can provide the basis of injection pressure control as well as information on the migration of CO2 plume in the reservoir.”

Dr. Park explains that the monitoring method is crucial to verify the effectiveness and safety of geological storage as a greenhouse gas reduction technology, and also to increase public acceptance of the CCS technology. Furthermore, if the seismic monitoring technology using optical fiber as sensor is put to practical use, it will contribute not only to cost-reduction of CO2 geological storage but also to lead to way. 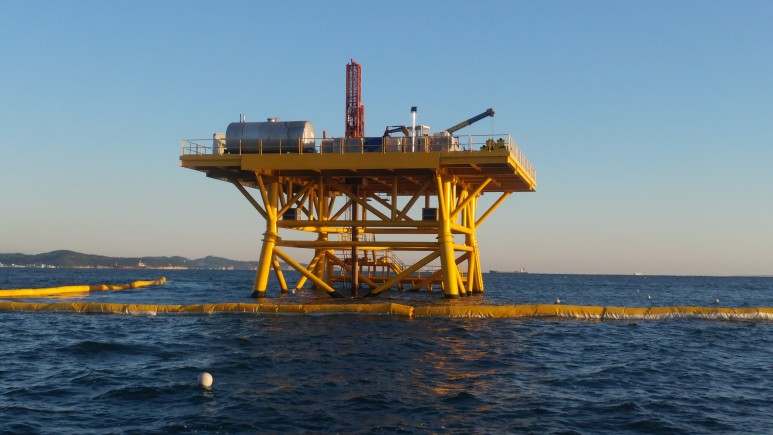 For the last 15 years, geological storage technology has been continuously developed, and the level of technological independence has been steadily improving. Dr. Park remembers all the time he spent for seismic surveying while traversing major basins across the country to find candidate sites for onshore pilot-scale onshore demostration project.

Nevertheless, identifying reflection events from geological formation at target depth was not easy enough to make him feel like giving up.

Dr. Park says, “At that time, I remember looking at the data dozens of times pondering whether I was doing something wrong because it was the beginning of the introduction of large-scale seismic reflection survey. The moment I thought I should give up on this path, I was able to identify the reflection events from the target depth for the first time. I think the joy at that time was indescribable. It was a feeling beyond exhilaration that I remember and I thought it was a big break for me to continue the CCS R&D in Korea.”

The project leader, Dr. Park, says that the most enjoyable and rewarding moment for the team is when they overcome difficulties and achieve their R&D goals. He said that the greater the difficulties encountered during the process are, the greater the happiness is, and this is the best reward for reaching the goal.

​He believes that the CCS technology, including CO2 geological storage, which aims to reduce greenhouse gas emissions, will contribute to securing sustainability of values that humankind has achieved so far. He says that his R&D team will therefore do their best to complete the task that they are currently working on to secure large-scale storage not only for the integrated CCS demonstration from capture to storage but also for the commercialization of CO₂ geological storage.

The CCS technology, including CO₂ geological storage technology, will play a pivotal role in achieving the 2030 NDC as well as carbon neutrality in 2050.

Therefore, the successful implementation of CCS will also contribute to raising the global status of Korea in the field of resolving the global climate crisis.

When it comes to the level of CCS technologies in Korea, some technologies have already reached a level comparable to that of advanced CCS countries while some others have already surpassed them, making it possible to take a preemptive response. Such technological improvement and technological independence are the basis for the improvement of economic efficiency of CCS technologies due to import substitution effect. Moreover, they can provide the chance of creating new related domestic industries as well as developing of overseas markets.

We, CO₂ Geological Storage Research Center, moreover KIGAM, will make efforts to develop and secure various technologies that can contribute to the R&Ds for improving the economic and technological feasibility of CO₂ geological storage technology.