‘A Promise to the International Community, 2050 Carbon Neutrality’ 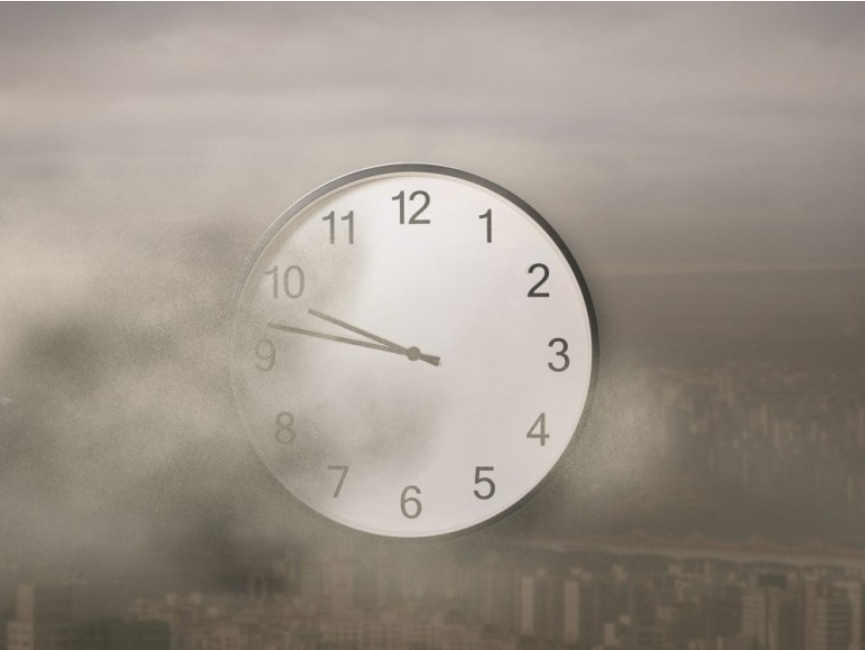 In other words, the amount of absorbed carbon will be equal to the amount of produced carbon, resulting in “Total Zero Carbon Net Emissions”, which is why carbon neutrality is also called, “Net-Zero”.

President Moon Jae-in declared that Korea would achieve a carbon-neutral society by the year 2050 in his address to the National Assembly on October 28, 2020. After his address, a series of grand research strategies and proposal agendas were formulated to achieve ‘2050 Carbon Neutrality’: '2050 Carbon Neutral Promotion Strategy', '2050 Long-Term Low-Carbon Power Generation Strategy (LEDS)', and 'The 2030 National Greenhouse Gas Reduction Goal (NDC)’. It is important that the Korean government recognizes the seriousness of ‘Climate Change’, which is becoming increasingly critical day by day, and we decided to pursue this grand agenda in consideration of ‘Carbon Neutrality’ as an emerging global paradigm.

In 1992, the ‘Environmental Doomsday Clock’ was pointing to 7:49. During the last 30 years, this ‘Doomsday Clock’ has move two hours closer to 12:00, meaning we are near 'the last minute that humans can survive’.

On the same day, President Moon Jae-in delivered a speech about Korea's Carbon Neutrality Declaration under the theme '2050 Before It Is Too Late'. The ‘Green New Deal’ announced earlier is also an important policy regarding the emerging urgency of the climate crisis.

The world's major countries have moved a little faster than Korea. After the Paris Agreement in 2016, major countries declared the goal of carbon neutrality one after another and it is becoming an irreversible global promise to save the future generation.

Six countries, Sweden (2017), the United Kingdom, France, Denmark, New Zealand (2019), and Hungary (2020), have already enacted carbon neutrality, and the European Commission, the executive branch of the European Union (EU), was the first entity to establish the target of Europe as a carbon neutral continent by 2050.

The 2016 Paris Agreement expanded its goal to a ‘climate-neutral continent’ in December 2019, and China (June 2020) and Japan (October 2020) declared their objectives to establish carbon neutral statuses. US President Joe Biden also rejoined the Paris Agreement shortly after his inauguration and promised to make the US carbon neutral by 2050. President Biden introduced the “carbon border tax,” which imposes a tax on export items from countries with weak greenhouse gas emission regulations to countries with strong greenhouse gas emission regulations. Discussions about these regulations are about to be initiated.

One Root and Two Different Consequences

Why is the world discussing ‘carbon neutrality’ in the time of the COVID pandemic crisis? Is this the right time to worry about the environment? Should we not focus more on COVID first?

Climate change affects the ‘ecology of mother earth’s homeostasis’, it changes the earth’s status quo, i.e. temperature, precipitation, humidity, etc., which are numerical measures of consistencies that we have adapted to for millennial. Since the earth has been suffering rapid climate changes for the last 50 years, we are now facing the danger of losing the ‘normal’, and we are calling this new world order, the ‘new normal'.

The climate crisis facilitates the movement of viruses, and it also affects the spread of infectious disease vectors such as mosquitoes and mites. The World Health Organization (WHO) warns that climate change is one of the key factors threatening human health. The Global Virus Network (GVN), under the banner “Climate change and globalization are the passports of the virus”, points out that today’s global lifestyles and economic activities as well as climate changes are accelerating the spread of viruses. For instance, malaria is a typical tropical region endemic disease and was hardly seen in Korea a couple of decades ago. However, nowadays Korean tourists and businessmen frequently visit tropical regions and the KCDC prohibits blood donations temporarily or permanently from people who have visited or reside in those particular regions over fear of regional endemics such as malaria.

The Korean government is now on the verge of reforming Korea’s economic markets and industrial structures into environment-friendly systems producing much lower CO2 emissions to adapt to today’s global trade trends. If the Korean government takes a lukewarm approach, global investments, purchasing opportunities in key industries, and finance opportunities overseas will be significantly limited.

Despite the Korean government’s statements, it will be a difficult challenge to achieve carbon neutrality by 2050 because Korea’s economic system still heavily relies on manufacturing with high carbon emissions. Furthermore, the main energy utilization sources are still conventional (coal/combined) thermal power generation. There is a long way to go to have a sufficient supply of renewable energy sources and this is a major obstacle to realizing carbon neutrality in Korea.

The government aims to supply 20% of electricity with renewable energy by 2030 (cf. 8.1% as of April 2020), but according to the Wood Mackenzie Energy Research & Consultancy in March 2019, 17% implementation will be reached at most. A professor of energy at a national university remarked that the current government’s declaration of carbon neutrality is a good initiation but we need more driving forces to achieve a carbon neutral society.

As this article mentioned earlier, the climate crisis is not in the distant future. Since the global order demands a transition to a carbon-neutral society, we must find smart solutions. In response, the Korean government emphasizes the development of decarbonization technologies such as CCUS and increasing energy efficiency as ways of minimizing the pain that our society will have to bear in the future. After those steps, our society can move forward to carbon neutrality.

According to the ‘2050 Carbon Neutral Promotion Strategy’, the Korean government promotes R&D on the transition to a low-carbon technology for capturing/storing/converting and utilizing carbon dioxide for the transition to a low-carbon industrial structure in industries that emit large amounts of greenhouse gases, with the goal of application to industry by 2030. To achieve the national goal by 2030 (24.4% reduction compared to 2017), the integration of CCUS technologies should utilize large-scale emission sources of CO2 and store carbon in the subsurface.

In addition, the importance of mineral resources to expand the supply of fossil fuels and new and renewable energy, which will account for more than half of power generation in the next 10 years, should not be overlooked. It is also important to expand R&D on reuse and recycling of waste and waste resources to reduce greenhouse gas, and related R&D should not be neglected either.

Climate change is no longer a fear of the distant future. It is ongoing and was threatening us before the outbreak of COVID-19. For many years, we overlooked the wildfires in other countries and the severely cracked ground in severe droughts. People should realize that the goal of a carbon neutral society in 2050 is therefore the right path.

In the meantime, there is good news about initiatives to save the earth. The global temperature rise has been lowered by 0.7°C compared to what was initially expected through “carbon-neutral” international cooperation in which Korea also participated. This is the result of the Paris Agreement effect analysis announced in December of last year by the Climate Action Tracker (CAT). The international climate change analysis group expects to further decrease the temperature by 1.5°C, under the condition that Korea, the US, and China’s declarations on carbon neutrality are fully implemented in their countries.

Today, we need more acceptance and cooperation in solving the ‘GLOBAL CLIMATE CRISIS’ rather than cynicism and criticism. Now is the time to make a proper preion for overcoming the climate crisis, which will be the biggest disaster for mankind along with infectious diseases such as COVID-19.

‘LET’S ACT RIGHT, BEFORE IT IS INDEED TOO LATE’. 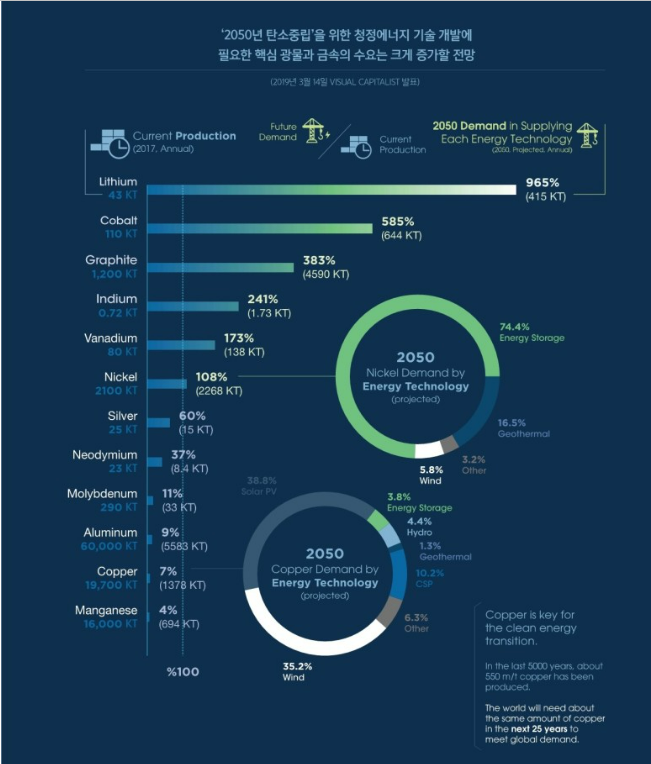